Getting on the Property Ladder at 55 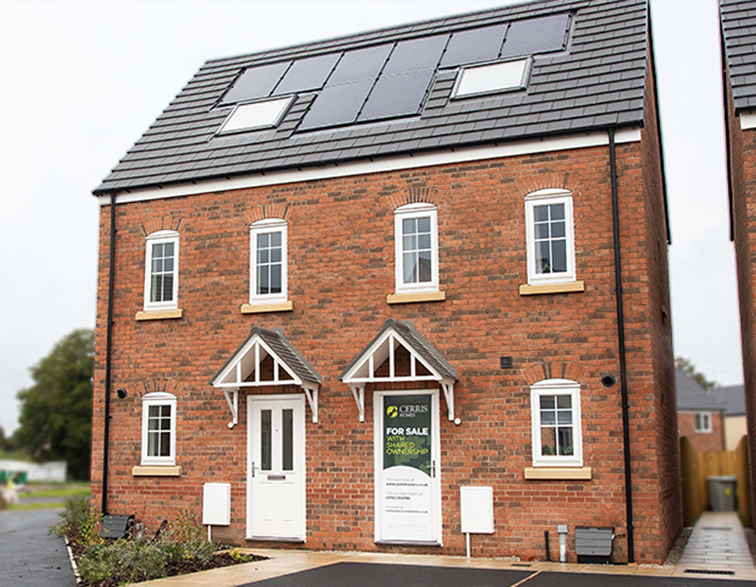 Getting on the Property Ladder at 55

Living in a rented property, John and his wife Joanne were slightly sceptical when they first looked into shared ownership. They had been told about the scheme by friends, who had purchased their own home this way, and a quick Google search later, John was on the Cerris Homes website.

John, a 55-year-old Civil Servant from Cheshire, thought he and his wife would never be able to get on the property ladder. He says: “We knew that because of our age we could not afford to buy outright. But shared ownership gave us the chance to buy our own property.”

The couple found themselves drawn to a three-bed semi-detached new build property in Shavington Park, Crewe, and got in touch with the Cerris team. John continues: “The team were absolutely brilliant. It felt like a very personal service and Helaina Beech is an absolute star! It seemed like she couldn’t do enough for us.”

It took nine months in total for John and Joanne to move into their new home, “mainly because the house hadn’t even started to be built at the beginning of the process,” John adds.

However, if anything the couple were surprised by how quickly the time went. “The property was built far earlier than anticipated and we weren’t ready to move! But we received financial help from Cerris Homes to get in early, which we were very grateful for.”

John and Joanne are now happily settled in their Shavington Park home and wouldn’t have it any other way: “We love the size of our garden, as it’s the biggest on the site. We love the kitchen and having two bathrooms. Also, there is a lot more storage space than most new builds have.”

The new homeowners are now looking forward to being able to purchase a larger share of their house. “We love it here and cannot imagine moving again,” John comments. “We would love to staircase to 100% in due course.”

4 easy ways to make your new home a smart home

We're inviting technology into our homes. It's estimated that more than 55% of UK and US homes will have a smart speaker by 2020. Smart technologies are making our lives easier than ever before. We can order a takeaway in seconds just by speaking ...

That wonderful feeling when you pass from room to room in your first home, reminding yourself that ‘It’s mine, all mine!’.

How lockdown has changed the sales process!

At Cerris Homes we've always prided ourselves on providing a fantastic, personal service, for all of our customers looking for properties with Shared Ownership in Cheshire. However, the COVID-19 pandemic caused significant waves across the ...